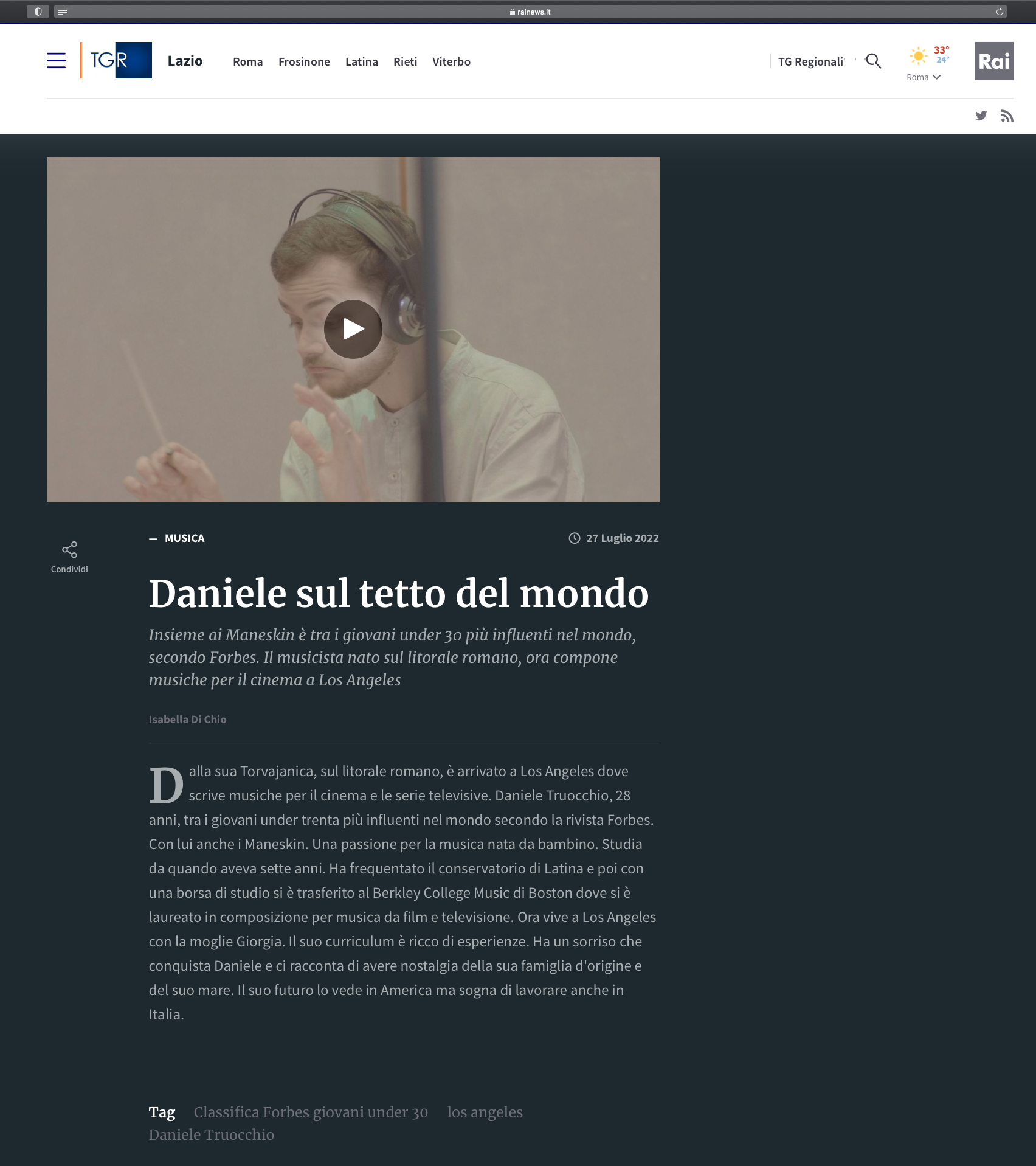 Daniele on the roof of the world

Together with the Maneskin, he is among the most influential young under 30 in the world, according to Forbes. The musician born on the Roman coast now composes music for cinema in Los Angeles.

From his Torvajanica, on the Roman coast, he arrived in Los Angeles where he writes music for cinema and television series. Daniele Truocchio, 28, is among the most influential young people under thirty in the world according to Forbes magazine. With him also the band Maneskin. A passion for music born as a child. He has been studying since he was seven. He attended the Conservatory of Latina and then with a scholarship he moved to Berkley College of Music in Boston where he graduated in music composition for film and television. He now lives in Los Angeles with his wife Giorgia. His resume is full of experience. Daniele has a smile that conquers, and he tells us he misses his family and his sea. He sees his future in America, but he dreams of working in Italy as well. 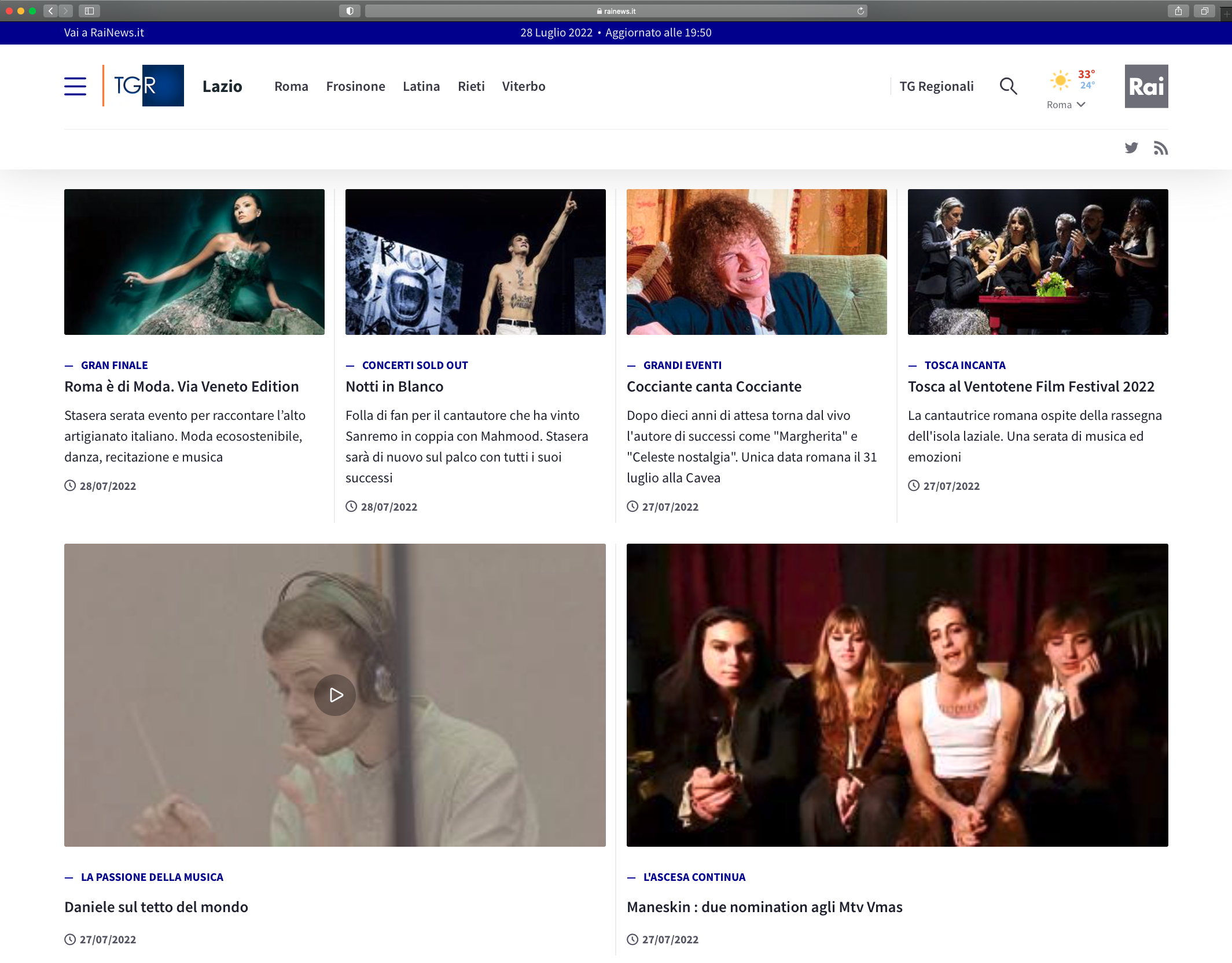